The Story of Brother Rock The original idea for Brother Rock formed as far back as the early ’80s and over the years has turned into a labor of love. Randy Gabbard, the band’s founder, has been playing professionally since the ’70s, opening for the likes of Molly Hatchet, Ozark Mountain Daredevils, and Cheap Trick (with whom Randy shared management). From recording demos and jingles in Indiana to recording in Leon Russell’s renowned Tulsa studio with legendary producer Jack Douglas, Randy has had the chance to cover some serious turf. Still, every band, every gig, and every recording from then until now has been a warm-up for this band and this time.

Brother Rock, a classic rock band based out of Nashville, TN has been making consistently high quality rock music since 2000. There have been quite a number of active members of the Brother Rock organization over the years. Some well-known national league players and some very talented local musicians have put their collective shoulders to the Rock-n-Roll grindstone to turn out some of the best music in the Classic Rock genre.

Of course, it would be great to have a set of players (like The Who, the Stones, the Moody Blues, and all the other great rock bands) who were always available to be engaged in the creative processes and rock out live when the opportunities presented themselves. That has not been the path laid out for Brother Rock. Nashville offers some great opportunities in the music industry, but it can also cause a different set of problems that would not be experienced in a non-music hub town. Keeping that magic set of players proved to be almost impossible. But having a moving set of great musicians who would lend their talents to the band/project was not only possible, but worked out amazingly. And that is where Randy came in: singer/songwriter, guitar player, front-guy (live), arranger, co-producer, head cheerleader, football coach, official in-house old bastard, etc. — basically known as the guy behind Brother Rock. And here we are still making great rock music and having a BIG time doing it. 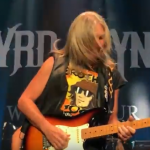 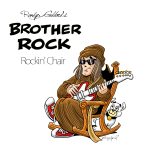 ROCKIN’ CHAIR Available for Download and Streaming - 16 Feb , 2018
Warning: stristr() expects parameter 1 to be string, array given in /home/customer/www/brotherrock.net/public_html/wp-content/plugins/custom-facebook-feed/inc/CFF_Utils.php on line 505
Please enter the Page ID of the Facebook feed you'd like to display. You can do this in either the Custom Facebook Feed plugin settings or in the shortcode itself. For example, [custom-facebook-feed id=YOUR_PAGE_ID_HERE].

Lighten Up, It's Only Rock and Roll Baby!

🦃 Have a safe and happy Thanksgiving everyone.